How can anyone capture history in one month? With that question in mind, I'm not going to say "February is African-American History Month." I'm going to say if you live near or in a civilized area, then you may have access to a library, book store, or media center that contains information related to the experience of people of African ancestry in the United States. If you have access to YouTube, then view newsreels and footage  that reveal the battle for human rights. And I do mean battle. When it comes to using murder and torture as weapons against economic equality, then the South can hold its own against any region in the world. The news footage exposes the twisted logic of members in the dominant class. According to one such member, if people were being terrorized because they sought to register to vote, then why didn't they speak up about being harassed? Of course, if anyone wanted to help people who wanted to register, then that anyone faced the consequence of being beaten and/or murdered.

Why is it important to learn history anyway? In a nutshell, if you know history, then you know when someone is trying to bullshit you. Case in point: about two years ago, some bird wrote that the Black Panthers were a terrorist group on the fb feed of an acquaintance. My reaction was the writer was either willfully ignorant or wanted to spread misinformation and induce confusion. I replied on the feed that I was born during the sixties in the heavily segregated Chicago. I knew the Black Panthers Chapter initiated breakfast programs and daycare centers in the community. The Panthers spoke against violence. Why hurt and prey upon your neighbor? Isn't he in the same oppressed boat in which you find yourself? On the other hand, if some cop comes to kick your ass, then you have every right to defend yourself. The phrase "Power to the People" meant self-determination and power for any oppressed and exploited people. Is it difficult to understand why the FBI and the Chicago Police Department targeted the Black Panthers for prison or extermination, but to this day murderous gangs flourish in some parts of the city?

How about another case in point? How many years have passed since a political party in Germany decided that its party was the only one that counted? The party decided that if it was going to survive, then it needed to present itself as a united front. Damned if the leader of their party broke any laws. Hell, the leader and his party became the law. Favorite techniques included banging the drums of nationalism as loudly as the party could and employing a "They aren't patriots as we are. This means they aren't as good as we we are" message. For a while this seemed to be a pretty good idea -- if you sympathized with the party. While the sympathizers thumped their chest in time with the rhythm of xenophobia, the political party grew quite rich and influential. The political party distanced itself from its less-than-wealthy sympathizers and supporters. If you live in the United States, then this should sound familiar. If history repeats itself, then you can guess what happens next.
Posted by Sharon at 1:20 PM 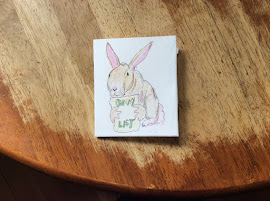 The Season of Coziness 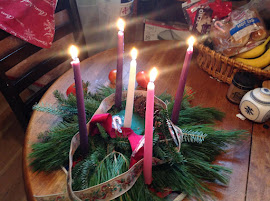